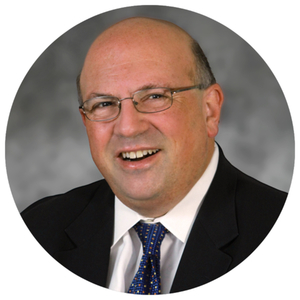 Ten years ago, Bitcoin was introduced to the world. It was heralded as a libertarian innovation that would provide a medium of exchange unhinged from the central banking system. Computer scientists and political activists saw the potential for an alternative money system that would replace fiat currencies. Despite the hope, this vision has not materialized. Research published by Morgan Stanley in 2018 showed that only four of the top 500 US e-commerce companies accepted cryptocurrencies. Bitcoin purists describe its decentralized architecture and lack of a central authority as the key elements for crypto assets. But a decade after its introduction, how decentralized is Bitcoin and where is crypto heading?

For all its innovation, Bitcoin is a decentralized technology with highly centralized tendencies. Bitcoins behave more like digital gold than digital Visa. They provide a secure store of value. Technical design choices limit its use as medium of exchange resulting in bitcoin ownership that is highly concentrated. Most bitcoins are held by speculators hoping to see its value rise. Recent studies have shown that 97% of all bitcoins are held by just 4% of wallet addresses. Bitcoin miners dedicate computing power to maintain the integrity of the network. Security of the network increases in proportion to the number of miners that run the Bitcoin protocol. There are over 9,400 nodes in the Bitcoin network, however, more than 50% of the hashing power which secures the network is controlled by 4 companies in China. These miners exert significant control over the protocol. Despite its roots in open source software, a small group of core developers and miners govern the Bitcoin system today. Examine the economics of other major blockchain protocols and you will find similar concentrations of token wealth and power.

Blockchains hold enormous potential for businesses, individuals, and governments. These benefits come with risk. Public, permissionless blockchains such as Bitcoin and Ethereum offer the promise of borderless, censorship-resistant transfers of value at the speed of light. However, traditional methods of governance may be inadequate to address the behavior of bad actors. Over the past two years, billions have been raised by blockchain projects through ICOs. According to one study, over 80% of the ICOs launched in 2017 were scams or projects that ran afoul of securities law. A recent study by Bitwise found that 95% of reported trading in bitcoin was artificially created by unregulated exchanges seeking to enhance their listing fees. Add to this the many pump-and-dump schemes affecting the crypto space. Researchers at Imperial College London utilized artificial intelligence and machine learning to analyze hundreds of crypto pump-and-dump schemes. In their study, Jiahua Xu and Benjamin Livshits revealed that on average, at least two pump-and-dump schemes are created in the crypto market daily.

Crypto asset prices are volatile making it less desirable for merchants to accept cryptocurrency for payment of goods and services. This has led to the creation of stablecoins; crypto assets pegged to the value of a stable fiat currency such as the US dollar or Euro. Several crypto companies have become regulated trust companies offering stablecoins that comply with regulations. Their assets that are held by major financial institutions.

Initial stablecoins were created by blockchain startups. Major institutions are now entering the market. JP Morgan and Facebook are planning to launch stablecoins to facilitate the transfer of global payments and remittances. IBM, in partnership with Stellar announced a global payment system called World Wire. Fidelity has created institutional-grade offerings laying the foundation for a regulated platform for the custody of bitcoin and other digital tokens. These offerings represent centralized governance mechanisms for asset classes which could one day be valued in trillions of dollars.